A Beacon for Brixham

A Beacon of Culture and Light for Brixham

Brixham Arts & Theatre Society continue their role as arts mentors and creative supporters in Brixham and the surrounding area with the commissioning of a new Beacon for Brixham.

BATS Director, Cecilia Kean, explains, “We realised that the old beacon fire basket on Berry Head had been removed some years ago, following a lightning strike, and thought that the town needed a new one.  Rather than just having a bog standard basket on a pole, we decided it would be better to commission a far more creative sculptural work to fit several locations.

In 2018 BATS commissioned a new basket and special stand from Master Blacksmith, Joff Hooper, of Metal Pig Forge at Dartington. The design of the basket is that of a thistle, with additional petal shapes that fix to the top of the spokes, creating a ring of fire at a higher level. It is also reflective of the cuckoo pint and thistles in the wildflowers around Brixham.”

The first use of the Beacon was at the ‘Battle’s Over’ commemoration of the 100 years since the ending of WW1, held at Shoalstone Pool on Sunday 11 November 2018. The commemoration was marked with readings of war poems, a bugler playing the Last Post, the lighting of the new beacon and ringing of church bells from St Mary's Church across Brixham, followed by music and poetry from local performers reflecting the period.

The performers were Missin' Tackle, singing 'When this lousy war is over', John Miles read 'The Sendoff' by Wilfred Owen, Cecilia Kean read 'Tribute to the Millions', bugler, Chris Neary played 'The Last Post' and folk singer Maggie Duffy performed her own composition, 'Armistice Hymn'.

Over 200 people attended the event, including MP Sarah Wollaston and Torbay Deputy Mayor, Derek Mills, with many commentating on how moving the commemoration had been.

After the event BATS Board Members spend a considerable time seeking a suitable permanent home in Brixham for the Beacon.  Unfortunately this proved very difficult because of safeguarding against vandalism, not being allowed to put it on any of the Horseshoe Bats nocturnal routes and opposition from local residents to it being sited in the Bonsey Rose Garden on North Furzeham Road, the only feasible site within the town.

However, the Beacon was offered a home at Lupton House, to become the centrepiece of a new meditation walk to be created in Spring 2021.  A condition of the relocation was that the Beacon must be available for local groups to use for any national commemoration events or chains of light.  Any local group interested in using The Beacon is advised to contact the Lupton Trust. 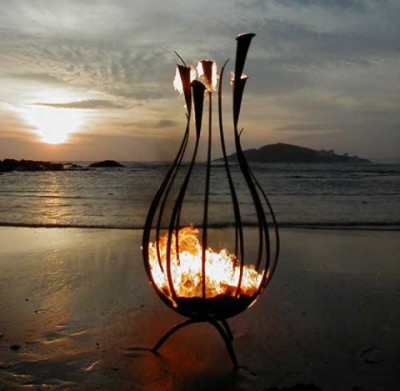 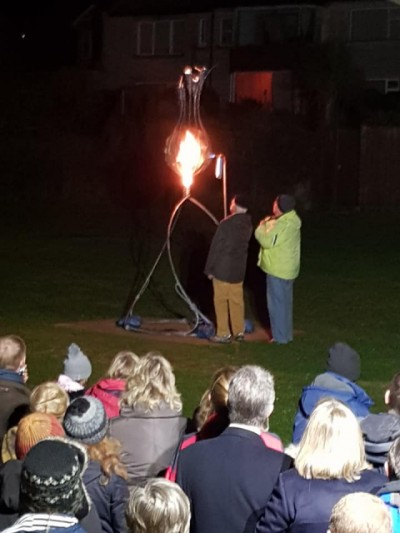 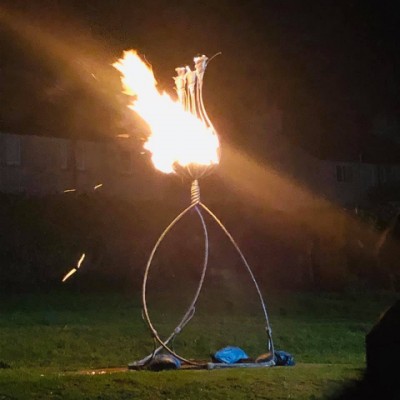